Lloyd Warburton, the teenager from Aberystwyth tweeted a thread yesterday summarizing recent changes in Covid numbers which he says demonstrate that school-aged children currently pose the highest risk of infection.

FIL: After doing my usual weekly Covid scan, I think there are some numbers that need to be discussed. Infections in children.

Over the past week, 9,428 cases have been reported among people under 20 in Wales. The vast majority of them concern people aged 10 to 19. 1/7 pic.twitter.com/fwMTIDuknI

He said schools are not “objectively safe” places and the trajectory is “unsustainable” and called on the Welsh government to restore most of the rules that were in place last summer.

Lloyd, who has become a “statistical sensation” on the internet after spending the pandemic building a coronavirus statistics website, has nearly 24,000 followers on Twitter and posts his analysis and updates every Saturday.

He started yesterday with: “After doing my usual weekly Covid scan, there are some numbers that I think need to be discussed. Infections in children. Over the past week, 9,428 cases have been reported among people under 20 in Wales. The vast majority of them concern people aged 10 to 19. 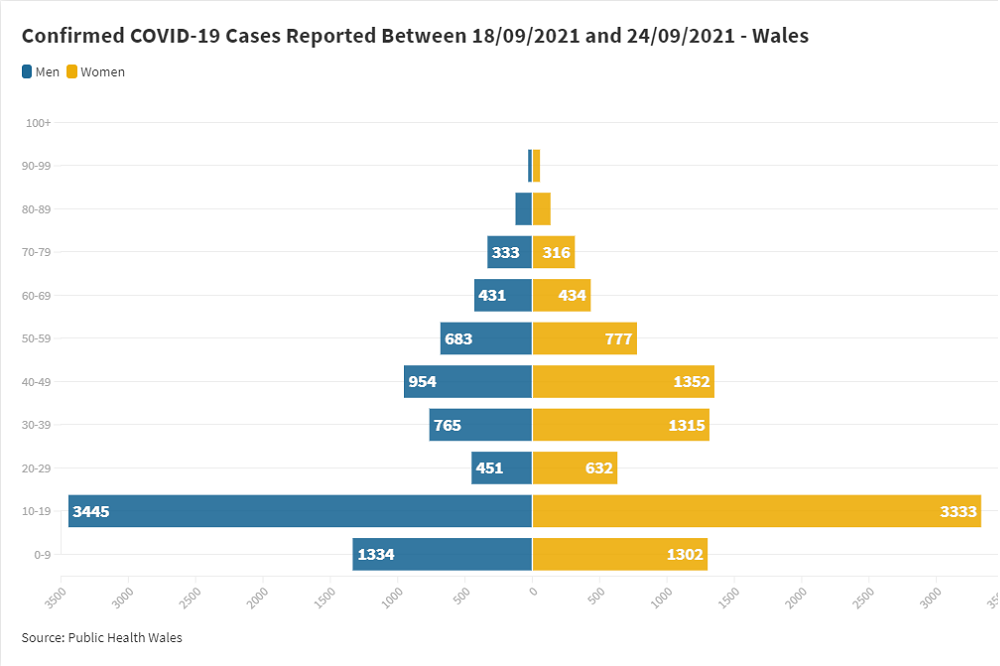 “In fact, 1.9% (about 1 in 50) of this entire age group tested positive last week. This is 2,424 more than the previous week, and more than 3 times more than the December peak. These numbers are astronomical. 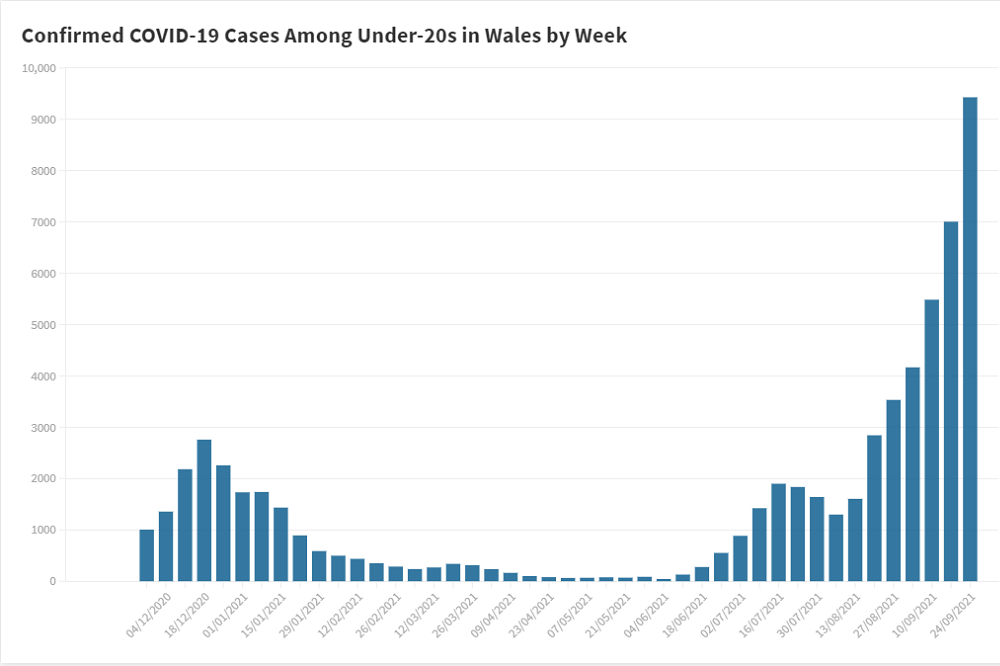 “This chart from PHW is from last week, but it illustrates exactly where the problem lies. In school-aged children. With infections this high, it’s absolutely baffling that the rules that worked to keep schools safe during the springtime have been torn apart and thrown out the window. “ 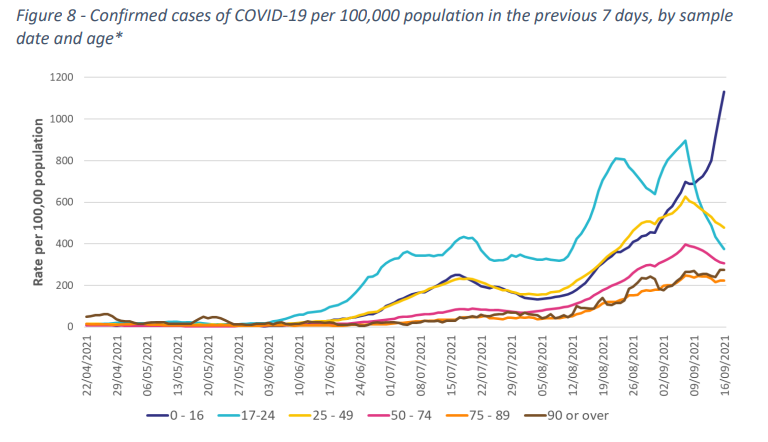 “Schools are objectively not safe under current rules, and this trajectory is not sustainable, so I would like to ask @Jeremy_Miles and @Eluned_Morgan what is their plan to bring those numbers down. Please make schools safe again.

“If I was responsible, I would: • Make masks compulsory in class again. It worked in the spring, so why was it shut down? • Restore self-isolation for the entire household from a confirmed case of Covid. • Require close contact (NOT whole bubbles) to re-isolate.

“I find it difficult to look at these numbers and not think that the Welsh (and UK) government is deliberately infecting children. I understand the new rules are designed to minimize disruption to education, but education is severely disrupted by children who catch Covid.

“Schools are huge vectors for the spread of the virus right now, but they don’t have to be. If the Welsh government reinstates most of the rules we had before the summer, schools will be made safer and less disrupted than they are now. Sort it out.

In his GCSEs, the Ysgol Penglais student obtained 6 A *, 4 A, 1 B and P2 grades for his Welsh Baccalaureate,

In December, Lloyd was honored for his efforts to record Covid statistics on the S4C show, Dathlu Dewrder (Celebrating Bravery). The special program, responding to calls from the public to recognize his efforts, expressed gratitude to the young heroes of our society, honoring those who walked through the mill, but showed great courage, often when their days were very. dark.